Each month, SilverSingles proudly brings you curated guest posts from some of our favorite online experts. Their opinions can be caring, controversial, witty, or warm (and sometimes all of the above), but one thing stays constant: this is expert dating advice straight from the heart.

This month: Catherine Tidd, author of the memoir Confessions of a Mediocre Widow, opens up about dating after loss, and how change and hope go hand in hand.

Finding Love After Loss: Dating After the Loss of a Spouse

When my husband died, I’ll admit that I started dating early.

Actually, I should rephrase that. To some people, it might seem like I started dating early. But as I’ve gotten further into widowhood, I’ve realized that there is no timeline for anything. We all move at our own pace and create our own path.

For me, dating became another part of the grieving process as I tried to figure out who I was after the loss of my spouse. I had gotten married at the age of 20 and was widowed by the time I was 31.

When it came to experiencing things first within my social circle, I was an overachiever.

I re-entered the dating world optimistically. I never believed that just because I’d loved and lost once meant that my Love Punch Card was full. I was hopeful because I knew I had the capability of loving and committing to another person…so to me that meant I had it in me to try again.

However, not every widow I’ve encountered has felt this way. Some are positive that they will never find love again; some don’t even want to try. And some people believe that there aren’t any other good fish in the sea.

But let’s think of it like this: If you’ve cast your line before and caught a keeper…what are the chances you caught the only good fish?

I won’t deny that during the widow dating process sometimes we just come up with that smelly boot. But every once in a while, we catch a good one. I understand that some people don’t want to put themselves out there, don’t want to invest themselves anymore. They don’t feel like there is anyone who will understand what they’ve been through and accept them for it. Shoot, I remember thinking, “What if I meet someone and we’re talking and I…start crying???”

Well, given the number of people in the world…what’re the chances of you dating that one person who has led a perfect life?

I hear so many people say that what they had was perfect, that they lost their soulmates and that they will never find that again. And you know what? I’m not going to argue with that. If that’s the relationship you had, you’re right. That’s rare. But it was rare before you found it. And you still found it.

If that person was your soulmate then and now you’re a different person (I think most of us have agreed on that), who’s to say you won’t find the soulmate for the person you’ve become?

I think that’s the closest to Algebra I’ve ever come in my adult life. I’ll let you digest that one for a minute.

The truth is, I’ve changed so much that if my husband met me now I don’t know if he’d even ask me out. I’m more independent. I’m more direct. And my sense of humor has taken a downward turn into the land of Sick and Wrong.

So…if I’m different…why would I expect to find the same relationship? Shouldn’t I expect to find someone who can love the “new” me? Why would I want to find the exact same man, who was perfect for who I was, but may not fit the person I’ve become? And couldn’t that person just be floating out there…waiting for a hook?

Catherine Tidd is the author of Confessions of a Mediocre Widow and the owner of Social Seed Marketing. She is the creator of the Widow Chick Facebook page which provides online support for those who have lost a spouse. You can find more of her writing at the blogs Yes, You’re Crazy and Widow Chick. 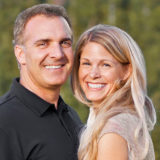 Local Dating Dating Sites in the USA – Finding Love After 50 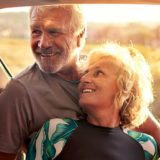 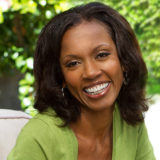