The Pros and Cons of Dating an Older Man

The Negative Aspects of Dating an Older Man

Older women know one thing for sure – they don’t feel old. When women age they tend to keep all the trappings of their former younger self. An active friendship circle, interests, hobbies, and close family ties all keep her busy. As women get older their lives tend to be more multifaceted and complex because they have more time to explore and grow as a person.

Yet, there is a stereotype that dating an older man is fruitless, as they only want a ‘nurse or a purse’. This is due to the other stereotype that surrounds older men, that they tend to slow down in later life, become settled in their ways and are done with exploring new opportunities.

Don’t Want to Slow Down your Life?

What do we know about stereotypes though? They are typically wrong!

Everyone that has been on the receiving end of a stereotype can tell you that it’s usually nonsense. While it may be true that there is a perception that senior men can be lacking in energy to try out new things, that perception isn’t accurate.

Perhaps the truth is not that older men slow down, but that older women speed up. Once you reach a certain age then the luxury of time becomes available to you in new ways. Perhaps you’ve gone part-time, retired, or even just don’t have any more kids loitering around the house! That’s when older women tend to go into overtime, making sure every moment is packed with pursuits, whether their intellectual, activity-based or simply seeing friends and family.

Dating an older man doesn’t mean that you have to slow down to a standstill but, instead, learn to meet someone else’s pace. No matter what age you are, all relationships are about compromise. So, finding someone who likes to luxuriate in their free time isn’t a bad thing – hey, maybe there’s time to stop and smell the roses too?

Finding an older man who marches to the beat of his own drummer isn’t an impossible task. At SilverSingles you can choose your preferences and our insightful personality test does the rest. This allows us to start matching you with compatible single older men straight away!

The Positive Aspects of Dating an Older Man

Mature women, like most women, want a few simple things to be a ‘given’ in a new relationship.

Luckily, when you’re dating an older man, the chances of all three of these boxes being ticked are substantially higher when you’re dating a 65-year-old compared to a 45-year old. It’s likely that he owns his own home, if he had children they are grown up and have flown the nest, so there’s no worry him having to manage his time between households.

Emotionally Mature and Looking For Love

Women looking for older men also know that he’s going to have had previous relationships. When we’re talking about senior dating, that could mean that he was married for a time, he was in a long-term relationship, or he was possibly widowed.

These are not negative things when you’re dating an older man, it means that he’s gone through difficult times and come out the other side. Looking for love again is the first step to rebuilding a new life and if he’s on SilverSingles then he’s already taken that brave first step, and so have you! That’s an emotionally mature decision that a younger man may find difficult to do.

Okay, so, older men being romantic is a stereotype and we already learned most stereotypes are not true. However, we like to think that dating an older man he’ll have retained the best part of his old-fashioned sensibilities and will know how to be the perfect gentlemen on your first date.

Finding an Older Dating Site for You

Now you know the pros and cons of dating an older man, it’s time to make a decision. Are you going to take that brave first step? SilverSingles is the best place to start.
SilverSingles is a specialist dating site that has been exclusively created so mature singles can meet and connect with other real local singles online.

Our safe and easy-to-use website and app was designed so anybody can use it. Don’t worry, even if you’re not a technology expert you can still use SilverSingles. To give users peace of mind, SilverSingles also employs a team of agents that review every dating profile to make sure everyone is created by a real person. Every match users receive is vetted and verified by humans to make sure users have the best online dating experience possible.

So what are you waiting for? Join today! 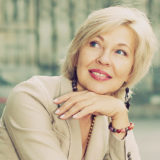 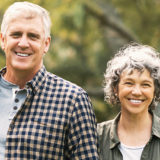 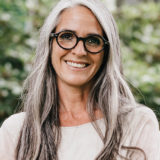