Dating a divorced man and looking for some impartial advice? Then you’ve come to the right place. SilverSingles looks into the pros and cons of divorced dating and how to emotionally prepare yourself for a relationship with someone who’s previously been married.

In the modern age, divorce rates are high, which is why it’s likely that you’ll date a divorced man at some point or another. This is especially true for women over 50. Dating when you’re over 50 has some wonderful positives — your relationships are more authentic, your partners more experienced, and generally it’s more relaxed than dating when you’re younger. The cons usually mean that your partner has baggage coupled with their experience. This can come from previous long-term relationships ending or being widowed. But, dating a divorced man can lead to some specific issues. We’re going to talk through some of the complications and bonuses from dating a newly divorced man so you can make this relationship a successful one.

Contrary to popular belief, it’s not healthy to pretend that you don’t have a history including your history with someone else. Obviously, we don’t think we should grill your new partner about their past on the first few dates. But, when you get to a stage where you feel comfortable with each other then it’s perfectly fine to inquire about a divorced man’s past relationships. This creates an opportunity for you to share with each other about any past trauma, issues that you’ve had in previous relationships and how you’ve grown since, while in an open and honest space. This promotes bonding and will help you learn about his emotional state so you know where to tread lightly and where he’s comfortable.

Commitment can be an issue for divorced men. After committing to someone so completely through marriage and that marriage not working out, it can be tough to get back on that horse. This is especially true when you’re dating a divorced man. Men tend to throw themselves into their work, their hobbies and they can end up isolated from their social network. Which is why, if they’ve made the step to get into online dating, it’s an emotionally important moment for them. Taking the dating process slow is recommended for a single woman dating a divorced man. Keep things light, don’t get too heavy, and most of all try and show him how much fun dating is supposed to be!

Although we said earlier that finding out your partner’s history is good for open and authentic conversation in the early stages of a relationship — there is something called ‘talking about your ex too much’. It’s a common problem and it’s likely that you yourself have found yourself on a date with someone and suddenly you’re talking about your ex-partner! It usually means you have some unresolved issues or that perhaps you’ve started dating when you’re not truly ready. So, keep an eye out. If you find yourself hearing about their ex’s favourite film and how their hair looked autumnally auburn when it was glimpsed in twilight — it’s probably too soon for them to be dating.

We already covered one of the red flags when it comes to dating a divorced man but there are plenty of others you should look out for.

Now we’ve got the red flags out of the way, it’s time to talk about some of the best things about dating a divorced man.

Dating someone when you’re over 50 means that it’s likely their children will probably be close to nearing adulthood. However, you might find some angsty teenagers still inhabit his home or visit him regularly. This can feel like a tricky situation, the new partner after a divorce is meeting the children, we’ve all seen this movie, right? The new evil girlfriend is going to take the father away from his children.

While we know that this isn’t the case there can be a lot of anxiety and stress from all parties when it comes to this particular situation. What’s most important is that you understand his children’s lives and feelings. Ask him what their interests are and any topics to avoid, then you can go into the first meeting feeling totally zen and they’ll end thinking you’re their cool new stepmother.

One of the main takeaways from our advice is that when you’re dating a divorced man you should be open, relaxed, and willing to go on this journey with him. But, remember to protect your own emotional wellbeing as well and don’t let his fragile state turn you into a personal therapist. There’s a delicate balance in relationships, divorced men should know this best, try and find it with your partner.

Are you divorced and are looking for someone with a shared experience? Join SilverSingles, our community of 50+ singles are looking for romance, adventure, and most importantly, fun! Sign up today. 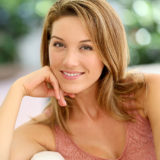 Tips The Pros and Cons of Dating an Older Man